LOVE ME LATER has a new face (or, more accurately, chest)! 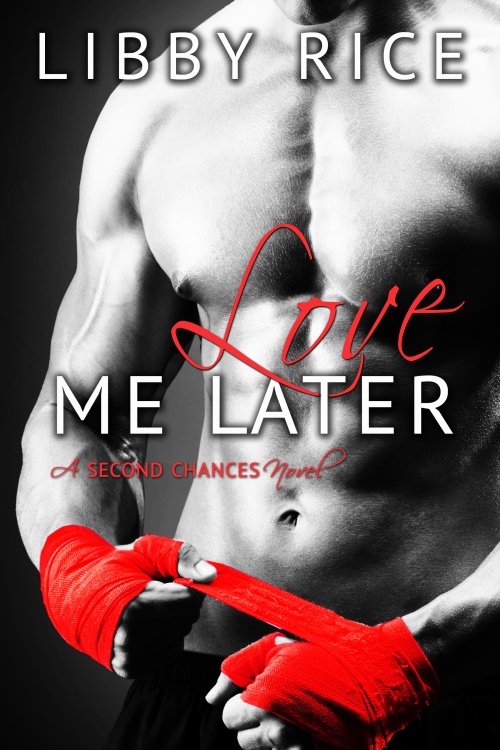 Can they love right on the redo?

Scarlet Leore enjoys a glittering existence among New York society’s elite. Ethan Blake is a prizefighter knocking his way through school, counting on his winnings to bankroll the dreams that won’t fit in a boxing ring. When the two meet, neither can deny the instant attraction that wells between the hulking fighter and the heiress who is miles and millions out of his league. But a vicious attack leaves Scarlet physically and emotionally battered, and for Ethan, the allure crumbles along with the rest of his life after Scarlet accuses him of wielding the knife.

Years later, Scarlet has abandoned the high life for that of a hard-working lawyer, while Ethan has clawed his way to the pinnacle of a business empire. Drawn into his world of high-stakes tech mergers, they dance to a tune of revenge, desire, and finally, redemption. But theirs is a world that won’t tolerate an attorney falling for her client. They’ll need more than lust and forgiveness. They must bridge the chasm of a tormented past to understand who they are today. Only then can they forge a future in the face of the resurging enemy who once tore them apart.